Has it been a Glorious start to the Season?

Mark Osborne’s thoughts on the Season so far

For the majority of game shooters, the 12th August is highly anticipated, marking the start of a brand-new season, brimming with sporting opportunities and experiences. Having waited patiently throughout Spring and Summer, with our guns tucked away in cabinets, perhaps only occasionally seeing the light of day at the clay ground, the 12th is a sign of approaching Autumn and the Season of Fieldsports.

Regardless of whether you are an avid grouse shooter, or just a keen game shot in general, the first few days on the moors often gives us an indication of how things are looking for the Season as a whole. This is particularly significant this year, with so many unknowns surrounding a ‘COVID-19’ game day.

Here at William Powell Sporting, we pride ourselves on being leaders in the field, offering unbeatable sporting experiences enhanced by our in-depth knowledge and dedication to the game shooting industry. Our team of sporting agents, led by Mark Osborne FRICS, FAAV, MBAE, have been out in the field, and we thought this first-hand experience may be of interest to you. We discuss with Mr Osborne his thoughts on how the Season has started, what a successful day’s grouse shooting looks like, whether bag size matters and how COVID-19 has impacted this traditional shoot day format.

Were the first few days of the Season successful?

2020 will not go down as a great early Season, largely due to the very hot weather during the first week. This made it extremely difficult to drive grouse (and indeed did not make much fun when walking them up either!).

What do you class as a successful day’s grouse shooting?

One of my highlight days from many, many years ago on a small moor in the Peak District called Arnfield, was when we shot 36 brace.  When I started out running a grouse moor, which was also in the Peak District, we were a syndicate of young, enthusiastic, and rather poor Guns.  We had days on an almost all grass moor (with very little heather), of between 15 and 25 brace and these were awesome days, shooting tricky grouse in great company and in wonderful countryside.

People often say that the size of the bag does not matter, and I really do not think it does, provided that one’s expectations are not raised too high. Perhaps we have been too successful in recent years in producing good quantities of grouse and people have rather got used to larger bags than our fathers and grandfathers experienced.

Being out on the moor is an amazing experience and shooting grouse is a real treat. They are, to my mind, the crème de la crème of all game birds and I do not think we should worry too much what size the bag is.

How has the run-up to the Season been this year, especially with the COVID-19 pandemic?

This has been a much more difficult year to prepare for than any other I have known, except when we were faced with foot and mouth.

At least with foot and mouth we knew what we were dealing with and what sort of regime we had to put in place. COVID-19 has been different, because the goal posts have kept moving, and there has been differences between the government requirements of both Scotland and England.

After spending a good deal of time researching what we needed to do and then putting it in place on each of the moors where we are involved, I am delighted at how smoothly things seem to be running. What the protocols have shown is that provided everyone follows them, then grouse shooting (and indeed this will apply to partridge and pheasant shooting later on), can run smoothly. It is, however, up to everyone to be extremely sensible and to realise that COVID-19 has not gone away.

What has been different about shoot days this Season with regard to CV-19?

Social distancing has been the main difference; no handshakes and definitely no hugs!  However, apart from this and observance of the protocols, which are not too onerous but are very sensible precautions, I do not think that there has been much difference about shoot days this Season. We are, in general, using fewer beaters so as to limit transport requirements and there are obviously more cars for Guns, pickers-up, flankers etc, so that social distancing can be observed. Otherwise, our shoots are remarkably similar to what they had been in previous years.

What are three items that are essential to include in your shoot day kit?

For me, I would always want to take a dog if I could. I realise that lots of people are not able to have gun dogs, but if reasonably well trained (the emphasis on reasonable!), they really do add to the day. Having taken my very old Cocker Spaniel out flanking last week, I must confess to finding his deafness to the whistle, did not really add to the day!

The second thing I would take with me would be a pair of binoculars, because it is great when standing in a butt to be able to look at things in the distance and really enjoy seeing them more closely.

My third requirement for a grouse day (obviously as well as guns and cartridges), is a grouse butt marker. Because I am hopeless at maths and not much good at remembering things, I like to be able to plot on the marker the position of any grouse that I have shot and then make sure that I pick them up afterwards. A good butt marker really does help this process.

Have there been any stand-out moments/sensational shots over the first few days?

I was very interested to see on a moor in the south of Scotland, some extremely strong grouse on the 17th and 18th August, and similarly in north-east Northumberland. Last Thursday I saw some of the most sporting grouse I have seen for a long time on the edge of the Cheviots.

How are grouse numbers and the condition of the grouse looking, now that we have started the Season?

Inevitably at the start of the Season, it is difficult getting a really good perspective on what each bit of each moor has by way of grouse numbers, particularly when the weather was so hot. After handling grouse in the larder on a number of moors, I think that many of the young grouse are a little behind where we would ideally like them to be, in terms of their development. I suspect that this is not necessarily their age this year, but the fact that they did not get a very good start and like with most livestock, if young grouse do not have the right quantity of insects and then heather shoots in their early days, it takes quite a long time for them to overcome this.

The Season seems to be panning out very much as William Powell Sporting and our management company, J M Osborne Rural & Sporting foresaw, in that the higher wetter moors seem to have good and often very good quantities of grouse, whilst lower lying and drier moors or hard dry ridges on more elevated moors, are yielding far fewer grouse, with brood sizes there particularly small. We are seeing very good numbers with seven, eight and nine young grouse in coveys on the higher and wetter ground, often dropping away to two, three or four on the much drier/harder ground.

What are your thoughts for the rest of the Season, do you think it will be a good one?

Again, I think the Season will be very much as we forecast early on, with plenty of shooting on the higher, wetter moors where grouse numbers are good but it will be a very disappointing season for many other moors and in reality, there are an awful lot of moors that will not be shooting at all. Overall, 2020 will not go down as a great grouse year.

Could you share your favourite/best top tip when grouse shooting?

My top tip to anyone who is going grouse shooting is to go and have a shooting lesson/practice on the clays beforehand. I cannot see why anyone, unless they are the Ralph Northumberland, Phil Burtt or George Digweeds of this world, would want to shoot their first shot at driven grouse, after having put the gun away at the end of last January.

Two or three shooting lessons before you go to the moors, seem to me to be a really sensible way of preparing. Clays are not like grouse, but they are a very good alternative and most of us enjoy our days more if we shoot better, so practice will help.

We would like to thank Mr Osborne for sharing his thoughts, experiences and top tips surrounding the start of the season and hope they have been of some interest to you. If you would like any further information about game days, sporting experiences or shoot management, or to check availability, please do not hesitate to contact the William Powell Sporting Team. 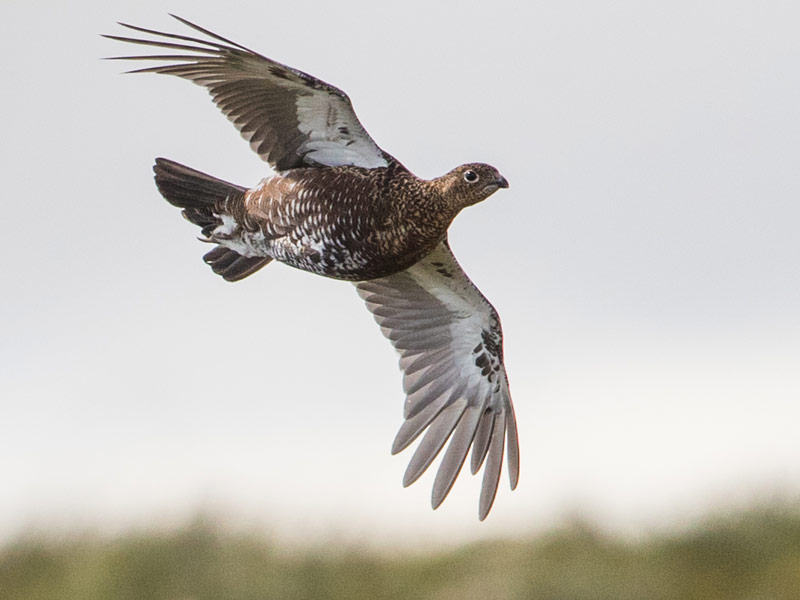 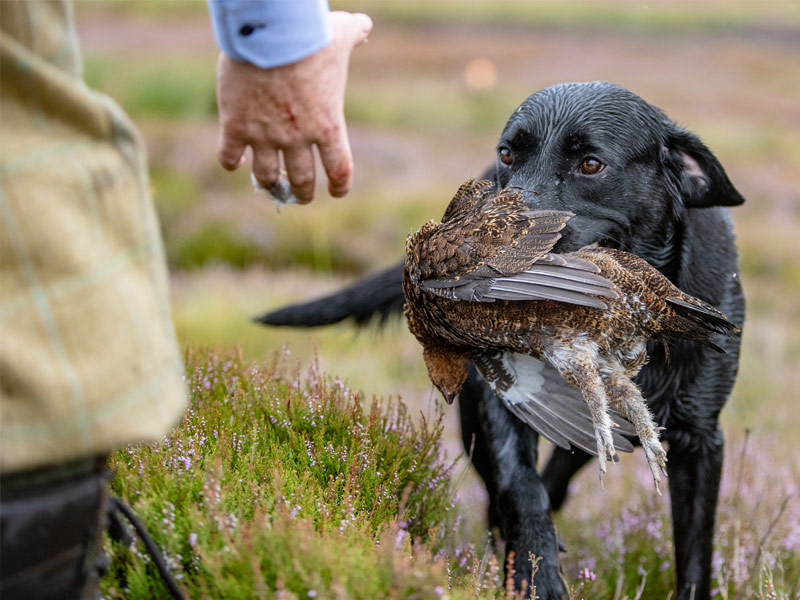 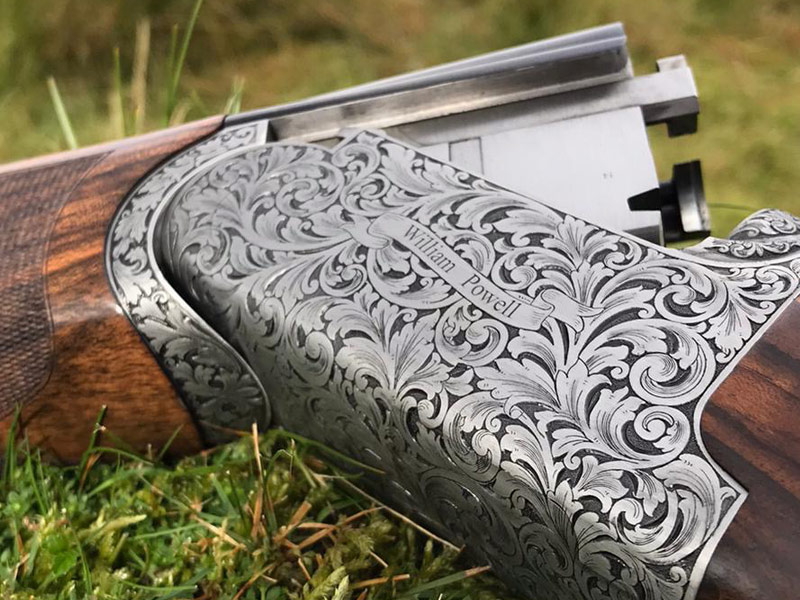 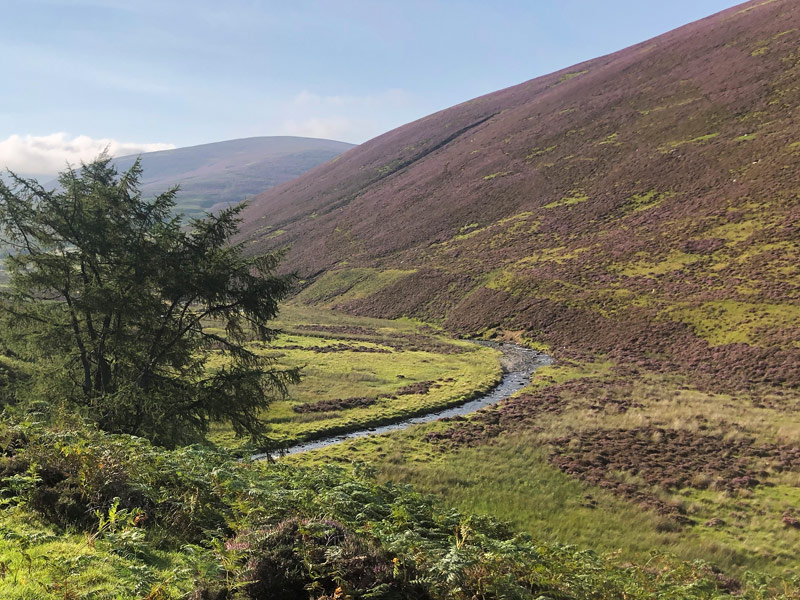