Steel yourself for a new dawn of Game Shooting

How up-to-date are you on the developing lead shot situation?

As our previous lead article details, we see the lead ban as inevitable, and something we are moving towards rather rapidly. In order to adapt to the changes, we must be well informed and prepared, approaching all alternatives with an open mind in order to determine which are suitable. As a sporting agency with an incomparable link to the gun industry through our sister company, William Powell, we have fantastic knowledge and experience regarding the developing lead shot situation.

We have set out below some relevant facts, as we at William Powell Sporting see them. Please note, this is an ever-changing situation and we can only comment on the current situation, but we accept further changes are likely and hope for more clarity shortly. None of these facts are set in stone, however, we are confident lead shot will certainly not be the “norm” for game loads at some point in the not too distant future.

It is widely agreed that the current alternatives to lead shot are steel, Bismuth and Tungsten Matrix. All three of these have different qualities and are set at different price points, making them suitable for only certain Guns and not the game shooting community as a whole.

Steel shot cartridges, which in modern times are actually soft iron, are generally considered as the most cost-effective option, being priced at around £0.23 to £0.28 for the average 32gram cartridge with a plastic wad. Similar, if not slightly less than lead. Although cost is by no means the most important factor when selecting your cartridges for a game day, it is something to be considered.

Steel shot has been available in the UK for many years and is currently primarily used by wildfowlers who appear to get on quite well with it. Although steel does carry a reputation as being less effective than lead shot, especially when shooting high birds, there have been marked improvements over the past few years, focusing on technical advancements in the powders used with steel cartridges.

Being around only 70% as dense as lead, steel shot is slightly lighter, meaning that the shot slows down and loses its momentum quicker. When shooting anything at range, you want your shot to maintain as much energy as possible for the duration of the distance, ensuring that there is still suitable force when the shot meets your quarry to provide a humane kill.

A further negative of the composition of steel is that it is harder than lead and a lot less malleable. This causes issues with choking, as steel will not adapt well to being pushed through chokes any tighter than half. As the steel shot moves down the barrels and meets the constrictions of the chokes, rather than deforming like lead, it will hold its form and could cause damage to the barrels if the chokes are too tight. This hard composition is also troublesome after the shot has left the barrels as steel does not spread out as much whilst in flight. This means that, although it has effective killing power as the shot pattern is closer together, it does rather unnecessary damage to the game meat.

The third issue that we see with steel cartridges is that generally they have to include a shot cup, a protective casing that stops the shot coming into contact with the walls of the barrel. Steel is so hard that it can be abrasive and damaging to the barrels, especially when shot through older guns with thinner walls. The majority of shot cups are currently made of plastic, which is not ideal as the industry is looking to move away from single use plastics. There is a light at the end of this particular tunnel though, as several cartridge manufacturers are currently working to develop environmentally friendly shot cups such as Gamebore’s fibre shot cup Silver Steel, Eley’s PRO ECO and Bioammo’s fully biodegradable wad.

Referring back a few sentences, we briefly mentioned steel shot in older guns. If you shoot a traditional English side by side game gun, then it will more than likely have 65mm chambers. Up until very recently, steel shot has not been available in a 2 ½” / 65 mm long cartridge. Eley Hawk, it appears, are leading the way and have just started promoting their newest 65mm steel cartridge. Choking on these more heritage guns does still pose an issue though, as most have fixed chokes around half and quarter, not ideal for steel.

Now onto something more positive…

As mentioned before, steel shot has improved massively over the recent years and is continuing to do so, with cartridge manufacturers more dedicated then ever to producing suitable lead alternatives.

To compensate for the lower density of steel, shooters are recommended to simply choose to reduce their shot size by 2, going from a No.6 lead shot to a No. 4 steel shot. This actually increases the size of the shot but remember to pick the lower number! This will maintain similar energy levels and velocity in your steel shot that you are used to from lead, especially over short to medium distances.

Steel in the UK and abroad…

Steel shot cartridges are used widely across America and much of Europe but are very different to those found in the UK. This is mainly due to CIP (Permanent International Commission) regulations, a governing body of proof for small arms. In the UK, steel shot cartridges are loaded to lower standards than abroad and are therefore regarded as lower performance.

Is your gun suitable for steel?

Discussing the pros and cons of steel is not overly useful if your gun is not actually proofed for it. Most modern guns will be proofed for standard steel and this will be displayed via the proof marks on your guns barrels. High performance proof marks will also be shown here and will usually take the form of a fleur-de-lys. It is vital that you recognise the difference between proof marks for standard and those for high performance steel as the two are very different, and you must only use cartridges that are suitable for your gun. We have included a table at the end of this article to help you distinguish between the two. If in doubt about proof marks or what your gun is capable of shooting, we strongly urge you to seek the advice of a qualified, experienced gunmaker or gunsmith.

What does this mean for you?

If you shoot a modern shotgun with 70mm chambers and multi chokes, then, providing your gun has the correct proof marks, it should be suitable to use with standard steel cartridges. These will be perfectly adequate for shooting average height driven pheasant and partridges, those classically depicted flying just above the trees.

We would not be too keen to recommend steel for use on very high birds, except for when ‘High Performance’ steel shot cartridges can be used.

If you shoot an older gun, particularly a classic game gun, we would, as stated before, strongly urge you to seek the advice of a qualified gunmaker or gunsmith. They can check the condition of your gun, particularly the barrel walls, and advise on what the most suitable options would be. Re-proofing, altering chambers and adjusting chokes can, in theory, be carried out, but only if your gun is in a condition that is capable of withstanding the work.

And finally, remember that unfortunately any guns with Damascus barrels should not be used with steel shot. 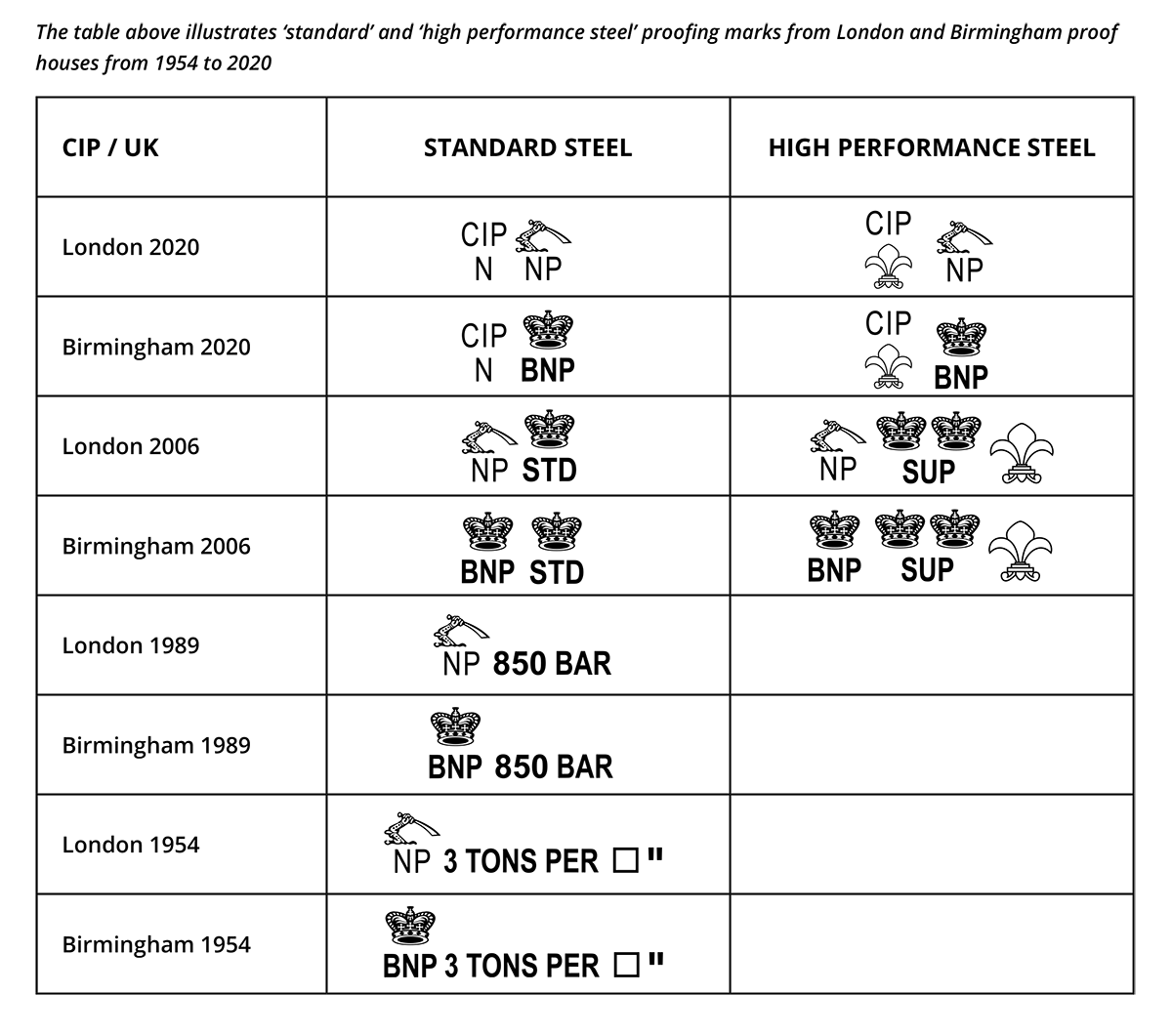 ⇦ Previous Article
Steel proofed Side By Sides…
Next Article ⇨
Has it been a Glorious start to the Season? 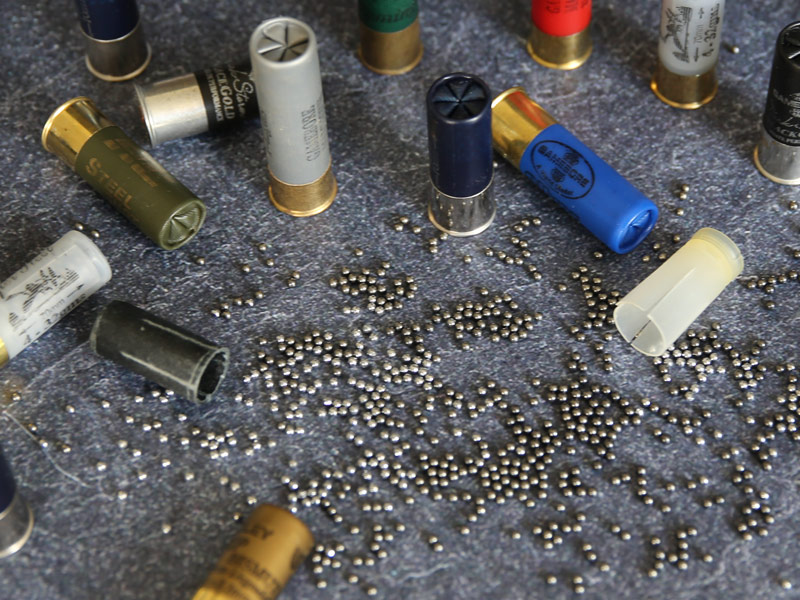