You will have the most exciting time of your life!

The wild-boar has its origins in Western Europe. Wild boar numbers have increased in recent decades throughout their range in continental Europe, Poland and as far afield as Pakistan. This is largely down to the lack of predation due to decreasing numbers of their natural predators such as the Lynx but also due to their adaptability to the environment in which they live. Adult male boars weigh in the region of 120 to 150 kg and will stand 70 to 90cm in height at the shoulder with an overall body length of approximately 150cm. These animals possess razor sharp tusks which grow progressively from two years of age. Females are about 30% lighter in weight.

There is no close season for Wild boar, but any culling should not include sows with dependant offspring. 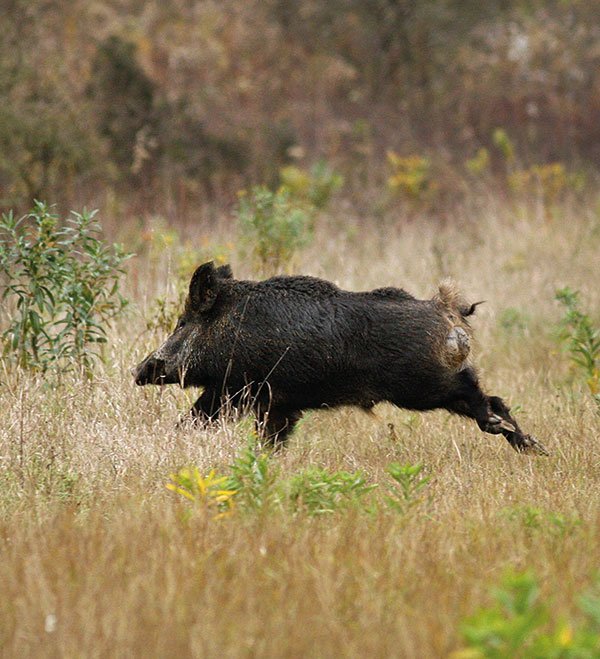 Nothing makes your heart beat faster than facing down a wild European Boar as it charges towards you. We represent some fantastic private Estates in France and Austria, which provide the finest shooting and luxury accommodation available, all as part of a bespoke package for you.