Cartridge choice is one of the most frequently discussed topics in shooting. There are no hard and fast rules, but the following are our suggestions based on 40 years’ experience of letting Game shooting throughout the UK.

Before going any further, our first point to stress is that all cartridges used for game shooting must have a Fibre wad. This is for environmental/wildlife/farm stock reasons. We recognise that plastic wads can be more efficient than fibre, but they are unsightly left scattered across the countryside and more importantly can be the cause of injuries to livestock who will ingest them. Only Fibre wads should be shot at game in the UK and all shoots now insist on this. 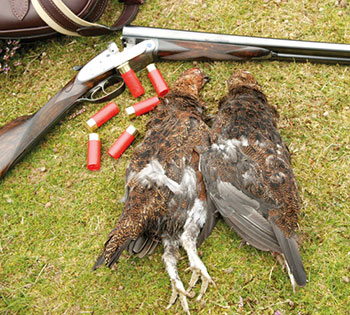 In August and September we believe nothing larger than 30 grams of No.6 shot is necessary to cleanly kill a grouse at up to 40/45 yards. This type of cartridge produces an excellent pattern and is a good balance of shot size and 'punch' for the maimum effect.

Later on in the Grouse season there is an argument for using a heavier load with perhaps No.5 shot as the birds get stronger and faster and are harder to kill, particularly going away. Serious consideration must however be given to the distance that the larger shot will travel from these heavier cartridges, in relation to shoot staff specifically flankers during a grouse drive. Certainly nothing bigger than 32 grams of No.5 shot should be used on a moor and we recommend something a little lighter. 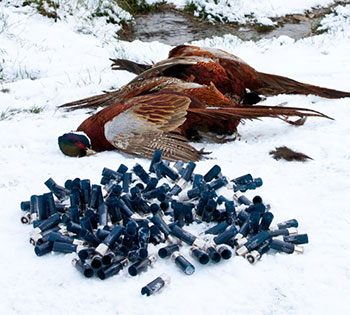 Early season (September/October) partridges need little more than 28 grams or possibly 30 grams of No.6 shot. The only exception being those high bird partridges found in hilly areas which usually benefit from going up one shot size to a No.5.

As the season’s progresses and Pheasants appear as the main quarry species, then No.5 shot is the preferred shot size either in 30 grams or later into January with up to 32 grams.

On Higher bird shoots, typically found in the West Country, Wales, North Yorkshire, the Scottish Borders and elsewhere, 32 grams either in No.5 shot or even No.4 shot is recommended. For most English game guns, 30 grams of No.4 shot is a good compromise of weight of cartridge in a lighter gun for these sorts of extreme range bird, as few side by sides will handle any heavier loads. For even the highest birds right on the limit of a shotgun’s range, we would not recommend going beyond 34 grams of No.4 shot – not least because it is very hard to find a cartridge larger than this without plastic wads. In addition, such cartridges tend to be far less forgiving for the user in terms of “kick”, particularly with any volume of shooting. 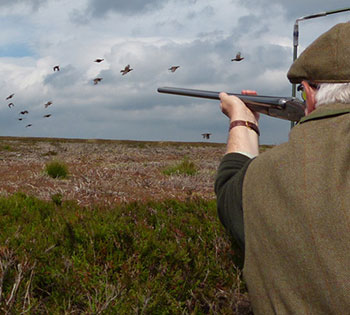 We see a reasonable number of 20 bore shotguns being used in the field as well as 16 and 28 bore and perhaps more surprisingly, .410’s.

The choice of cartridge for these calibres is far less than for a 12 bore, but we would suggest that 25 grams of No.6 shot for early season and 28 grams of No.6 shot or more often No.5 shot, should cover most eventualities for the 20 bore user.

For 16 bore, either 26.5 grams of No.6 shot earlier on and then 28 grams of No.5 shot should again be the most popular choices in a fibre wad. The 16 bore is intrinsically a lighter gun than the 12 bore and side by sides particularly, do not seem to respond well to heavier loads.

28 bore users seem to suffer from arguably the finest cartridge in this calibre being made in the US (Federal and Winchesters) and so being prohibitively expensive and only available with a plastic wad. However, Gamebore in particular make a very good range in their Pure Gold series with a fibre wad from 16 grams of No.6 shot for the younger shooter through to 25 grams of No.5 shot which we recommend for higher birds. 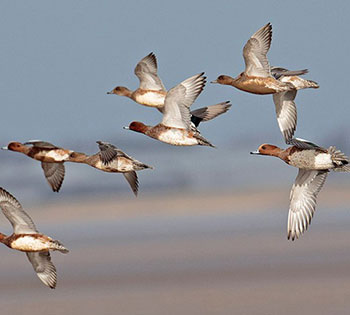 As you will be aware, an increasing number of shoots are insisting that teams use only non-toxic cartridges as they are required to provide their Game Dealer with lead-free game. This is a relatively complex topic as your cartridges MUST be compatible with the gun you intend to use.

We, therefore, have a dedicated page providing updated information on this topic which can be found here.