A summary of how things are looking in early May

We are now coming into one of the most exciting times of the year in our Uplands; spring leading to early summer.  This is a time when our waders have returned from the coast and they and other ground nesting birds are now sitting on eggs. This very much includes Red Grouse.

So far, the weather conditions have been very good for Grouse, but also for other Upland bird species.  After a very wet winter, which is never good for Grouse, (and often leads to a buildup of Strongyle worm), we then had a wonderfully dry and generally quite warm period, despite in the later stages an East wind. This dry weather ended in the last week of April.  The rain which followed was very welcome, not only reducing the very high fire risk on bone dry Moorland, but also to green up the heather, which is very necessary to provide fresh shoots, which are essential to keep the Hen Grouse in good condition at this very demanding time for her. There is a myth about the ideal weather for Grouse in the springtime.  Many people think that it needs to be completely dry and wet weather is bad. In our experience, the key is for the weather to be generally dry, but ideally with occasional showers (not prolonged rain all day and then all the following night), so that the hen Grouse can leave her nest and feed without the chicks getting wet (which often leads to chilling and death), and at the same time these showers are followed by sunshine. This is the ideal stimulus for insects to hatch, which is what young Grouse need in the early stages of their development.  A little rain therefore, but not too much is ideal! However, this Bank Holiday weekend has forecasts in some areas of low temperatures and possibly some sleet. This is not ideal at this time of the year, but remember, the Red Grouse is a sub-artic bird!

Despite the prolonged wet weather over the winter, and whilst there was some evidence of an increase in the Strongyle worm burden in areas, overall, we have been very pleasantly surprised at how fit the Grouse seem to be going into the key breeding period.  On many Moors, particularly in the North Pennines, a very good stock of Grouse was left, and if we continue to in the main, have good spring/early summer weather, we could be looking at a very good Grouse Shooting season in those areas.  Elsewhere, where the over winter stocks were not great, the prospects will inevitably not look as good. We think that this will be the case for much of Scotland, but there will be quite a few exceptions there, including in the Lammermuirs as well as further north.

Reports so far have been of nests found with good numbers of eggs in them (nines, tens and elevens), and we will expect to see young Grouse, depending on location and altitude of the Moor, from now onwards, with the alleged peak hatching date nationally, being 21st May. Interestingly, we are already hearing of smaller clutch sizes, in those areas which were worst affected by heather beetle last year. This will be all to do with the subsequent poor-quality feed available to the hen Grouse. What is really interesting this year, is the amazingly early “rise” of the Heather Beetle. This occurred in the north of England in early April and there were newspaper reports and indeed photos, of swarms of them washed up on beaches around Whitby and Scarborough. Last year was as many people will remember, a bad year for heather beetle and we are very concerned that this early rise, could be a prelude in many places to even worse beetle attacks this summer. Interestingly, they are incapable of directing their own travel (and are blown by the wind), but we have found many more of them in wet places on Moors this spring; presumably attracted to or needing water to do well in?

Most people will recall the absolute fiasco brought about last year by Wild Justice, leading to the withdrawal of the General Licences in England. This year and despite having had the benefit of a year’s experience, keepers have again had a torrid time in getting a General Licence from Defra to trap stoats approved, (we got them eventually but they are not ideal). We still have not got at the time of writing this update, the Individual Licences promised, to enable keepers to kill Corvids on certain (a lot!) of designated Moorland in England. This is an absolute disaster for not only Grouse, but probably more importantly because of the number of them, for our Moorland and edge of Moorland waders, including plover and curlew; the latter a truly endangered bird. It beggars belief that our appointed national conservation and licensing organisations have such a hopeless understanding of the need to control corvids at this time of the year, and the reasons they have given for the delay, are truly unbelievable!

Now that we have had some rain over most of the country (but in parts of the north of England it is still very dry), conditions are much better for cultivating cover crop plots and there has been a good deal of activity on that front over the last few days. The situation on Game Farms is very mixed, but overall and given that the margins are fairly modest, most Game Farmers are facing a very difficult time. Many shoots have held off confirming their normal orders for Pheasants and Partridges, and an increasing number have decided either to significantly reduce the number of birds they release, or to mothball altogether. We fear that this will only lead to some Game Farms having to either close or considerably scale back for 2021.

Finally, we turn to the forthcoming shooting season. It is still a very mixed picture, compounded by the biggest uncertainty of are we going to be able to shoot and if so, will that be from August 12th or at some later date, when restrictions on sporting gatherings are relaxed? We continue to work on the basis that shooting will occur this season, and we are planning for our own shoots that this will be from August 12th, BUT we are also making provisions if it cannot.  Because of the long-term nature of what we do, the livelihoods at stake and the massive economic and social effect, we are desperately keen that shooting will occur, largely (but perhaps not entirely!) as normal. We are encouraging people to still book their shooting, and William Powell Sporting is currently working hard to ensure fair COVID-19 cancelation policies, to provide clients the reassurance and financial security desired to commit to deposit payments. On the basis that if the tenant cannot shoot because of restrictions, and they get all their money back, we urge prospective Tenants to commit to shoot bookings for this season. That way the shoots have much more certainty of what they can do.

We at William Powell Sporting and JM Osborne & Co continue to be working throughout this crisis and we are delighted that is the same for William Powell, whose Mail Order business remains open.

We wish you continuing good health and also hope that the generally good weather for the Grouse lasts, which will also be of great benefit to all the other Moorland and edge of Moorland birds. We will let you have a hatching and rearing update in due course. 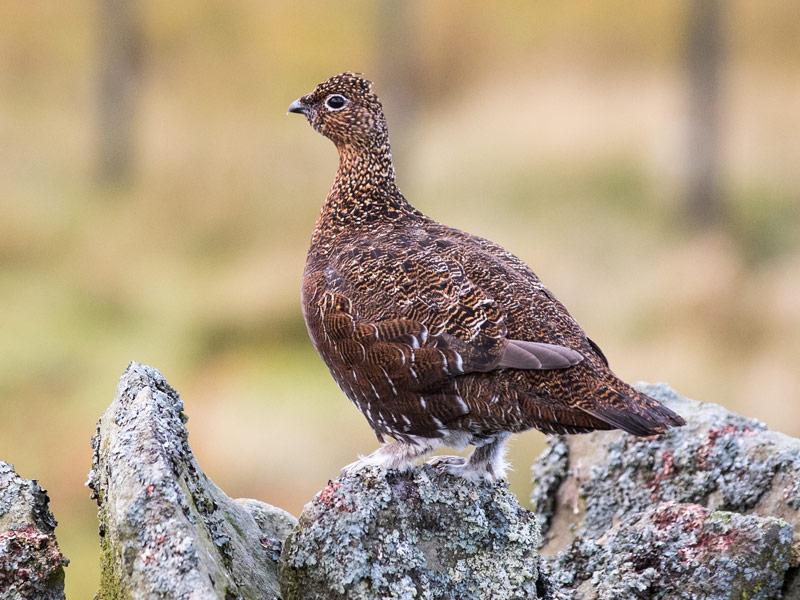 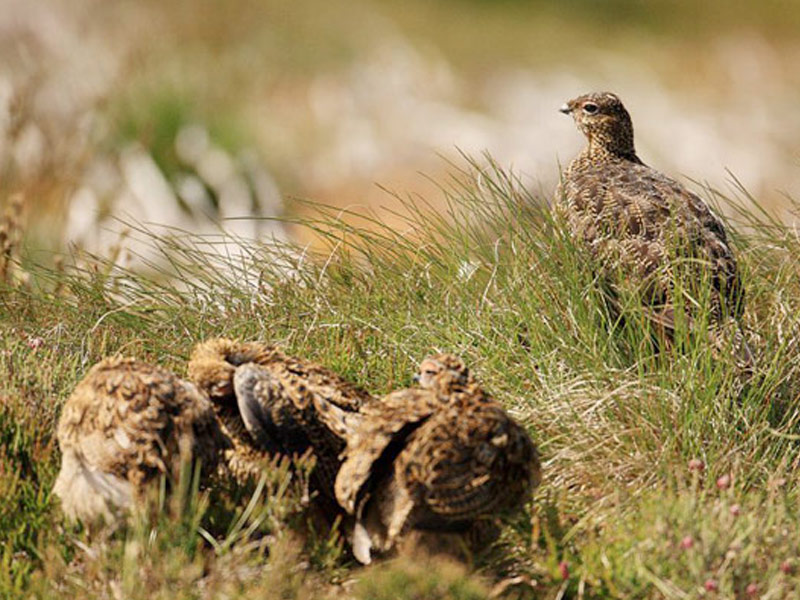 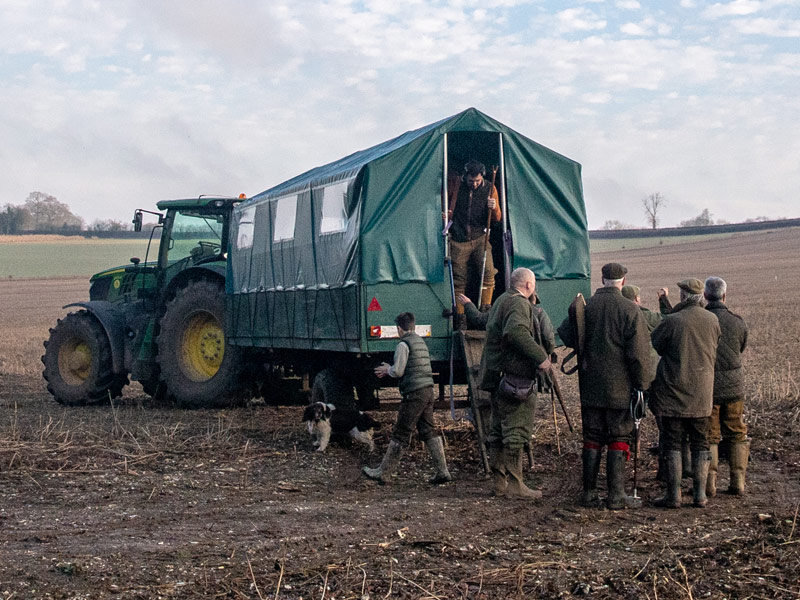