How the 2019 Driven Grouse Season is going?

Unfortunately, it looks as though our pre-season predictions have largely come true; it is far from being a good season and in many areas, it is a really poor one.

The Peak District is looking as bad as we initially thought, with most moors not shooting and the odd one that is only having one modest driven day.  Working further north, the main Pennine chain is very variable, with a very good count on a West Yorkshire Moor (close to the record) and a good first day on Saturday of 80 brace, with some respectable bags in Swaledale and Wensleydale already been shot.  Generally Nidderdale is poor and the North West Yorkshire Moors seem in the main very quiet.  It is definitely better in the Middle and on the Eastern side.

In the North Yorks Moors, our earlier optimism seems to be about right, with a nice few Grouse overall, but definitely some way below last year’s numbers.  Whilst many moors haven’t yet started in that area, there is a sense that the season might not last that long overall, but there are some very strong moors already shooting good bags which reflects the depth of their stock of birds.

Durham and East Northumberland are looking good to really good, but it is much patchier further west.  Interestingly, there are definitely some moors in West Northumberland who have got more Grouse than they originally thought.

Into Scotland, it is overall a very gloomy picture.  There is not much to be optimistic about in the Lammermuirs which has consistently been the power house of Scottish Moors; there are some Grouse there, but not that many and it looks as though it is going to be a short season with let days already being cancelled.  Perthshire is interesting, with quite a few Grouse reported in a county that hasn’t overall been at its highest output in recent years, but further north the picture is generally poor to very poor.  This includes much of Morayshire, Invernesshire and Aberdeenshire.  The whole highland area has seen widespread cancellations.  Angus is definitely better, with some good bags already achieved, but probably not the ‘depth’ of Grouse, overall that we would have liked.  However, this season we definitely can’t be choosy!

There are more Grouse on some moors than the counts indicated, because it was a difficult counting time with lots of late broods and warm muggy weather in the early mornings when most of the counts were done.  However, whilst overall it is definitely not a write off season, 2019 won’t go down as one most moors will remember that fondly!

If you are reading this and thinking of booking Grouse Shooting for next season (we know it is early!)  why don’t you talk to us?  At William Powell Sporting, we do not try and sell dreams, but reality.  That and our very close working relationship with JM Osborne & Co. who are undoubtedly the leading Sporting Land Managers at the current time, means that we know what is happening on the ground.  Far too many people seem hopelessly optimistic as to what will (!) happen next season.  We are very happy to try and guide you to where we think you have the best chance of your booked days happening. 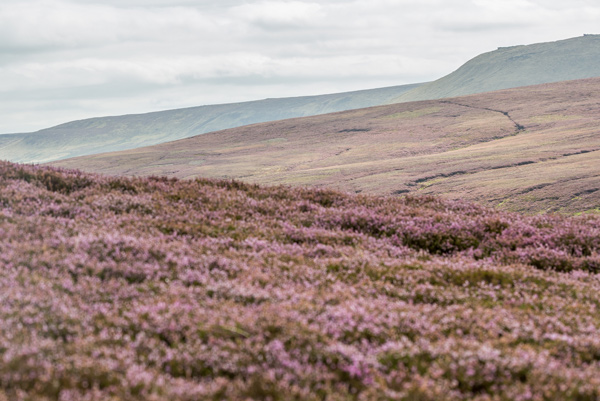