The Snilesworth Estate extends to over 6,500 acres and provides three separate days Grouse driving as well as two days of moorland edge Partridge and Pheasant shooting over deep valleys and gylls. The Partridge shooting season starts from September 1st (which means that these can be combined with Grouse days as well) and Pheasants from around mid-October.

The surrounding countryside is glorious and the standard of sport as well as hospitality and organisation has meant that both UK and over season teams have been shooting on the estate for many years, returning again and again.

The shoot is only twenty minutes’ drive from the shooting market town of Helmsley which boasts a wide range of excellent accommodation. Snilesworth Moor, unlike many North of England and indeed Scottish Grouse moors is extremely well served by private internal roadways, which means that access for Guns to the butts is practical in its nature. This means that less agile Guns can enjoy all of the shooting at Snilesworth; a very unusual occurrence. Snilesworth moor is one of the most consistent Grouse moors in the UK and the Snilesworth low ground shoot, which is on the edge of this record breaking moor, has over 14 different drives. The Pheasants and Partridges are of very good quality and all drives are set amongst some of the most stunning scenery in Yorkshire. The Arnsgill Partridge drive is famous in an area already known for great drives. The flash flooding in 2004 scoured out the base of the gyll, which has enabled guns to now stand considerably lower than they did before, and as a result the birds are now even higher! Due in part to the great shooting and well organised days but also because the shoot staff are particularly friendly and welcoming, Snilesworth is somewhere where teams return to year after year.

If you would like to find out a more about shooting at Snilesworth, please do not hesitate in contacting our team. 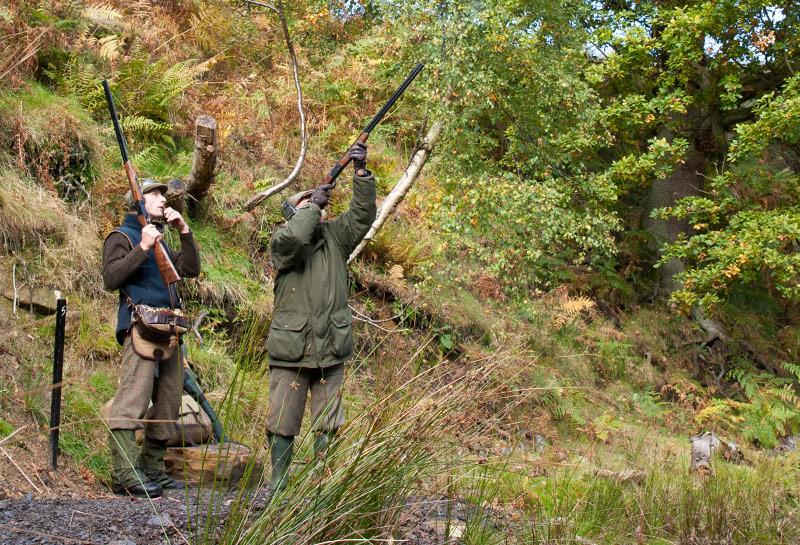 Snilesworth Estate is only twenty minutes drive from the market town of Helmsley, North Yorkshire