An early forecast of this years Driven Grouse Season

It is hard enough to accurately forecast what the Grouse season is going to be like when the counts are in, in July, let alone forecasting what it is going to be like in February!  However, through our associated business, JM Osborne Rural & Sporting Limited, which manages Grouse Moors from the southern part of the Peak District up to and including the Scottish Highlands, William Powell Sporting has a pretty good feel for what is happening on Moors at the current time and perhaps what the coming season might be like.

2021 was probably overall the worst Grouse season since 1995.  The reasons for this and with few exceptions, was a combination of very poor weather which adversely affected the heather so that it was nutritionally horrendous (and in many instances, it did not green up until the middle of June, which was well beyond when the hens needed top quality food, let alone the Grouse chicks moving from eating insects to eating heather), combined with generally poor weather in the spring, which severely curtailed insect availability and which was sufficiently inclement to kill off many chicks; all in all a combination of adverse factors, which created a veritable tsunami!

This has now left most Moors with the wrong sort of age profile of Grouse on the ground, i.e. too many old and not enough young.  However, the good news is that the heather massively improved over the summer months and the Grouse were in much better condition going into the winter, than they had been over the previous couple of years.  Worm burdens have unfortunately increased, partially as a result of the increased average age of the Grouse stock, but with good management, we should be able to mitigate the worst effects of the strongyle worm going into this spring.

It is very much at this time of the year and provided the Grouse are not being chased about too much, that Keepers can clearly see what stock they have on the ground.  Currently our overall assessment is that the stocking density on most Moors is less, and in many cases, significantly less than would be the ideal, caused by poor breeding last year, but with the habitat looking good and in the main, the Grouse appearing to be fit and healthy. As such there is much to play for in 2022.  Our projection is (and bear in mind this is without a single egg having been laid!), that very few Moors will be full of Grouse in 2022 (probably very, very few!). Some, probably no more than 10% to 15% will, if everything goes well in terms of the spring and summer months to allow good breeding, have a reasonably good and potentially “full” season.  Some Moors, probably almost certainly the majority, will have some shooting, but there will not be any “depth” of Grouse, irrespective of how well the hens lay and rear.  This is because to have a good enough stock on the ground in August, so that you can continue shooting through August and September, let alone into October, you really need a good lot of Grouse so that you do not immediately see a big “hole” caused by the early days shooting. Just because a Moor can shoot 100 or 150-brace on its early days, does not mean that it can do that very often and generally, once you take out the first one or two times over when these sorts of bags can be shot, what is left starts to thin out very quickly. If you continue to shoot, you can then be damaging the stock, which will be needed for 2023 and beyond. We are reasonably sanguine that most Moors will have some shooting this coming season, but it definitely will not be a full season.  Finally, there will be a minority, not restricted to any particular geographic area, but undoubtedly, (but there will be quite a few of these in the Highlands), where irrespective of how the hens lay and rear, there will be an inadequate stock to shoot almost at all.  For those Moors, this will very much be a building year, but with the expectation that if they manage and keeper their Moors well, and largely leave them alone in terms of shooting in 2022, but they could be away in 2023.

We have to accept that with significant increases in predation occurring everywhere, restrictions on burning and in some instances cutting, we do need to leave higher numbers of Grouse at the end of the season, than would have been the case, even only 10 years ago. One of my clients said that in his father’s day, they would continue shooting the Moor down to 40-brace a day, but that with over-winter predation currently running in that area at no less than probably 33% of the pre-winter stock, and allowing for only half the surviving birds being hens, that would not going to leave a sufficiently large stock, to enable much of a shooting season to occur.  As times change, so our management techniques have to.

The letting market is currently incredibly strong (reflecting the above), with significant demand and a shortage of supply.  We would urge people interested in taking Grouse shooting (or even those who have!), to bear in mind our comments above, which we think are very realistic but obviously dependent on how good this breeding season is going to be. It might make sense for most people to talk to Will Southall or Ollie Severn here at William Powell Sporting, who are involved on a day-by-day basis in Moorland Management over much of the north of England and Scotland and will have a very good idea of what could occur, rather than what some owners might hope will occur! 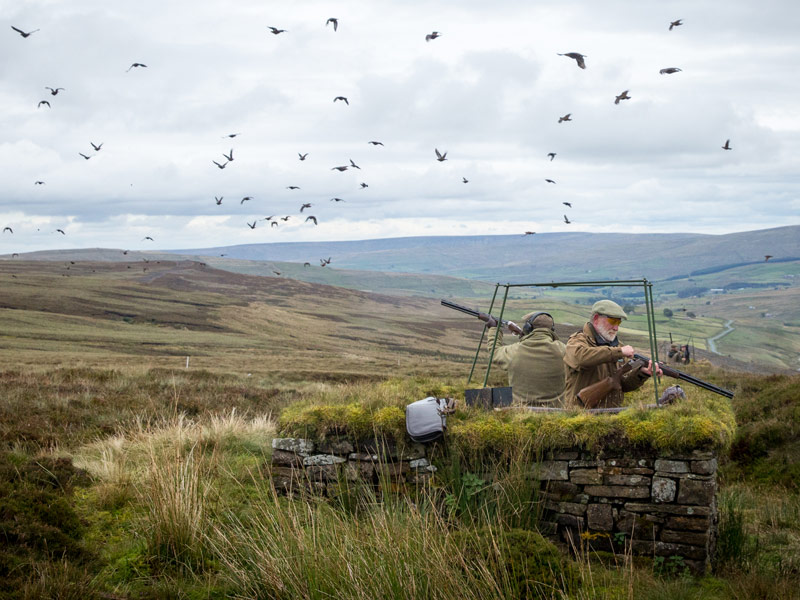