What are Summer Grouse counts

Until probably thirty years ago, Moorland Manager’s relied on what they saw on their first day shooting, as their real assessment of the number of Grouse that they had on the Moor that season.  In other words, it was very much a question of actually shooting before you were able to make a proper assessment of how much shooting should occur that year.  Whilst this was obviously backed up by what the Keeper himself/herself had seen throughout the late summer, it was a very crude and sometimes (when there were very few Grouse), belated attempt at properly assessing what shooting should occur.

We believe that the first structured counts were undertaken (separately), by Kenny Wilson the then Head Keeper at Leadhills and Seth Fawcett, the then Head Keeper at Bolleyhope.  It seemed that their own way of counting was roughly the same and these counts gave them a much better idea of the number of Grouse which were on each Beat, just before the start of the Grouse shooting season.

At around the same time, Grouse shooting was becoming more commercial and a more accurate assessment of what was possible in terms of the number of days shooting and the number of Grouse to be shot (which are obviously only the shootable surplus, leaving a good breeding stock for the following spring) was needed. Spring counts are now undertaken in late March, when the grouse are all paired up and the Keepers will then do a sample count on each drive, assessing the number of pairs that are present then. The same area of ground is then counted in the same way in the late summer (usually at the end of July or in very early August), which will give a good guide as to how well those pairs of Grouse have bred and how the chicks have survived.

Our counts are usually based on a Keeper with dogs (but provided the same methodology is used year after year and for both spring and summer counts, it can be more than one Keeper with dogs undertaking the same count), walking out from say Butt number two to where the Beating Line starts the Drive, then walking along that Line to near the end of the Beating Line then walking back into say Butt number eight.  The Keeper will record every pair of Grouse which are lifted in this walk out, along and back and the pairs and single Grouse are counted and recorded by the keeper in his/her notebook.

In the late summer, the same Line is walked and the number of coveys are counted, the Keeper preferably noting how many old and how many young are in each covey (although with early and strong broods this can be difficult to differentiate), and also the number of pairs and singles which are without young.  Although these individual counts do not make much mathematical sense on their own, they provide a very good picture of what is happening on the Moor, when a few years counts can be compared one with another.  For a good season, it is essential to have a good number of pairs on the ground (and a really well stocked Moor may have a pair of Grouse to every three acres), and if ground with a high level of pairs then has an average brood size of say seven chicks when the summer counts are undertaken, the combination will produce a good to very good Grouse season. Conversely, a low number of pairs in the spring and/or a poor breeding season with say an average of two or three chicks in a brood, is going to mean that there will be little or no shooting that season.

Many Keepers think that this year, the “cream” has been taken off many high or particularly wet Moors, perhaps in the main Westerly or Northerly lying, with broods of eight or nine reduced by at least two or three young, which were probably chilled by the wet weather in late May/early June and subsequently died.  The summer counts however will confirm one way or the other whether all this gloom is substantiated! 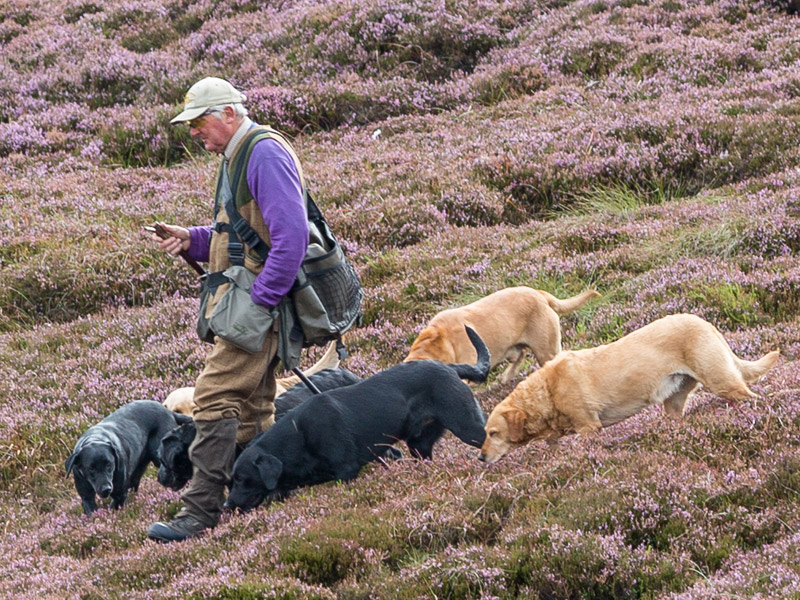