News from The Moors

Recently I had a meeting with an Editor of a leading shooting magazine and he said that one of the problems with Grouse shooting was finding different things to write about. As someone heavily involved in the management of Grouse Moors both in England and Scotland, I find quite the opposite; there is a constant stream of challenges to face and different topics occurring, all of which should make for interesting reading.

At the time of that I am writing this, we have absolutely no idea how the spring and early summer weather will be, and it is this that nowadays is the most important factor (other than stock levels) which determines the shootable surplus for the coming season. Given that it has been an incredibly dry winter and spring, my concern is that once it starts to rain, it will do little else throughout May and June which are the critical weeks for young Grouse. This was almost exactly what happened in 2012. At the moment, the Moors are looking pretty good.  Most have a good to very good stock after the last couple of seasons and whilst the winter was probably too mild to be ideal (we like it really cold to kill off bugs), the current worm burdens generally seem to be modest although there are signs, particularly on the wetter and higher western Moors, of it increasing. There has been little “browning” of heather because of an absence of those biting easterly winds which do such damage and it is far too early for there to be evidence of heather beetle. Overall therefore, Keepers are reasonably optimistic, but hoping that when it does rain, it will be well spread out with plenty of warm dry spells in-between when chicks can dry off. There is a misunderstanding amongst many people, which is that Grouse do best in dry springs and summers. That is not generally the case as young Grouse need insects for the first week of their life and insect life is much greater when there is a reasonable (but not excessive) about of moisture about.

The big news in the Grouse world was the Parliamentary debate before Christmas following from Dr Mark Avery’s petition. This has woken many of us up and we now realise that we have got to get our act together if we are to see off the likes of Avery and Chris Packham who seem hell bent on curtailing or indeed banning driven Grouse shooting. I have absolutely no doubt that if they were at all successful in this, they would then turn their attentions to pheasant and partridge shooting. Guns who think otherwise are deluding themselves. We must all get behind this fight even if only a few of us are lucky enough to shoot Grouse. This leads onto the subject on Hen Harriers and it is good news indeed to see major efforts made in the Uplands to increase the number of breeding Hen Harriers on driven Grouse Moors. The Moorland Association who are leading this (alongside Natural England) are to be congratulated on this initiative and I am sure that over the next few years, there will be an increase in numbers, but I doubt that this will do much to satisfy the likes and Avery and Packham whose vitriolic hatred of Grouse Moors and Grouse shooting would seem to have much more to do with class, envy and little the real concern for the Hen Harriers themselves.

On the letting front, and despite Brexit and economic worries generally, the market is good with keen interest from overseas but also from English Guns. Double days early on are inevitably the most popular, particularly when the Moor is accessible and facilities such as nearby hotels or lodges are to a high standard. Single days further afield are harder to let, and there is the inevitable reluctance on the part of many people who want to take later days, to commit at this stage because they hope that by waiting they will be able to buy cheaper later on. There is always that possibility but equally, unless there are a plethora of Grouse over a big area, and it is still far too early to know what is going to happen for the coming season, people who wait too long are often disappointed. I sense a creeping reluctance coming into the market from Grouse Moor owners (who inevitably have to be pretty rich), to letting fixed price days, unless they are literally overwhelmed with Grouse. Many people have in the past seen these as their way of buying “cheap” Grouse shooting, but it is interesting that you do not hear many guns talking about how good their fixed price days were when they shoot less than the estimated bag!

I will have all my fingers and toes crossed over the coming weeks, but if the weather stays fair, but with some nicely spaced out rain, we should be in for another good to very good season – perhaps even a mega one! 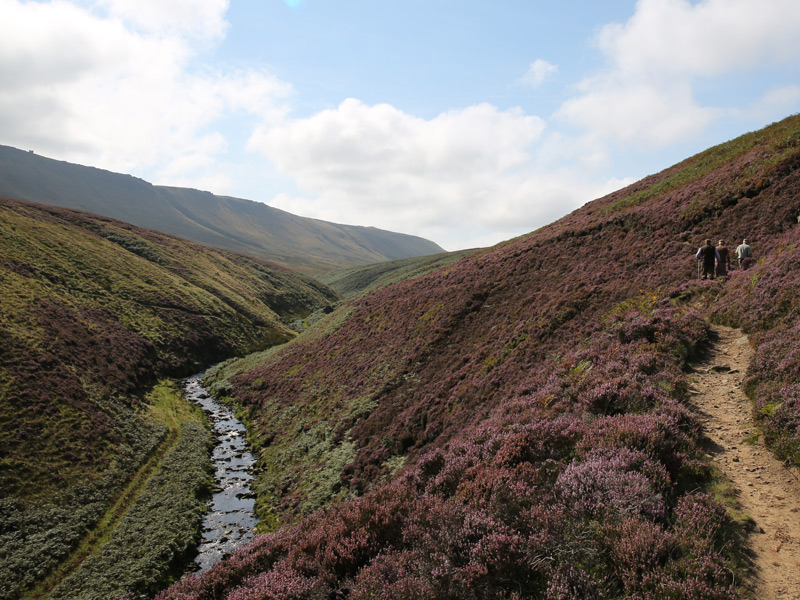