Many Driven Grouse days cancelled after a perfect storm of events

Grouse Prospects for the 2021 Season

When we wrote our initial Grouse prospects briefing note for Guns on Pegs early this summer, we forecast that it would not be a very good one, but there would be some bright spots scattered in amongst the gloom. Whilst many counts are still some way from being complete, made worse by many late broods, we have to admit that our original forecast is likely to have been inaccurate as the current results look a lot worse!

2021 will almost certainly go down as one of the worst grouse seasons in recent decades.  We probably have to go back to the mid 1990’s, to find one as bad as this one is almost certainly going to be. There are the odd (and by that, I mean very odd) bright spots or at least a moor here and there, where there is any form of a reasonable shootable surplus, but these really are the exceptions to what is overall, an incredibly gloomy picture from the south of the Pennine chain right the way up to the northern Highlands. The areas which seem to have fared better are in West Yorkshire and parts of Lancashire, parts of the North York moors and maybe a very few parts of the Eastern Highlands. However, almost no one that we know of is going to be frequently shooting the same beats as even where there is a shootable surplus, there doesn’t seem to be very much “depth” in that surplus.

Why is it like this and why did we get our original projection so wrong? The answer to the latter question is that young grouse have been consistently dying since hatching, to include very recently. This was an unusual hatching time because although there are always early and late hatches, this year, almost certainly due to the late snow, there have been a really large number of very late hatches to include eggs hatching out in July! We do not think that the deaths of these young grouse have only been in later hatches, because our earlier projection was based on broods of young grouse that we could see on the moors (particularly from vehicles on the hill roads), in late May and early June. It is most likely that the appalling lack of young grouse surviving has been due to the effects of late snow in May on unhatched eggs and young chicks (and snow tends to decimate fly life on which young grouse are so dependant), followed up by heather in awful condition right up to and including the beginning of June, which is just what hen grouse about to lay don’t need, and the lack of really nutritious shoots of young heather meant that young grouse coming off their feed of insects, were only able to eat very unnourishing heather. Finally, the very dry weather in June and July on most moors, seems to have accentuated the stress on young grouse, leading to further deaths. It has been a perfect storm of events which cumulatively has been so harmful to young Grouse survival.

All in all, the spring of 2021 has been very poor, following a generally not very good 2020. Whilst the heather is now looking much better, we worry how fit the grouse are going to be going into the winter. Because of the shortage of young grouse, most moors have had to cancel much, and many have cancelled all of their shooting. This will inevitably have a damaging effect on local economies and is a very poor reward to the keepers for all their hard work over the past 12 months; a devastating blow, not least because the cancellation of shoot days means that keepers in remote areas, miss a great opportunity to socialise with nearby keepers and other kindred spirits, which is something they really look forward to.

For those people who have booked grouse shooting and had their days cancelled, William Powell Sporting has a number of opportunities to shoot partridges in the UK and abroad and please contact Oliver Severn on 01295 661033 or oliver@williampowellsporting.co.uk 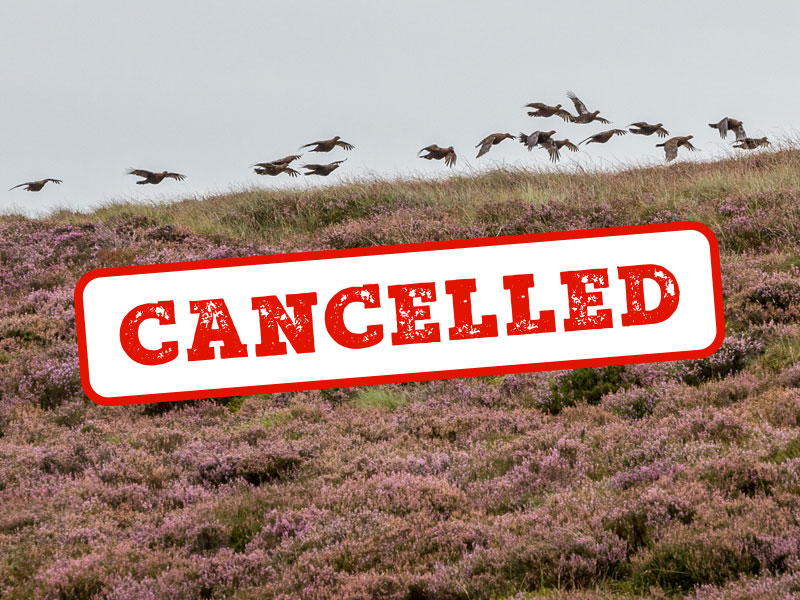