Although the wet weather of the mid-summer months caused problems for many of the Exmoor and Western England Shoots, on the rearing field and also with game cover plots, by the time early September came, conditions had become much drier. As a result, the start of the 2017 Partridge season took off with a real bang and many of our Partridge Shoots, particularly those Moorland edge Shoots, showed some really high quality birds right from the start of the season.

William Powell Sporting has seen a massive increase in the popularity of September partridge shoot days in the last few years and this last season was no exception.  Those who did book these early days were rewarded with some great shooting in ideal conditions.  Whilst many Guns were still up on the Moors having another bumper year on the Grouse, teams who took the opportunity of adding early season partridge days off the Moorland edge to their programme, enjoyed really excellent shooting

This quality of shooting continued into October where the early season Pheasant Shoots managed to avoid the traditional issues of too much leaf on the tree or birds being too young, by focusing more on early released pheasants being driven out of game covers rather than woodland.  These provided some really successful days, with the pheasants combining with the older partridges, which by then had plenty of time to learn the ropes.

The end of October continued to provide excellent shooting and, although the weather was sometimes over bright. The majority of Shoots are able to work around this and continued to produce exciting sport despite the conditions. Once over this period of unhelpful conditions, late November and early December Shoots once again proved to be some of the best days to be had all year.

The arrival of snow in December did cause problems and we saw cancellations in one or two places.  Once again this highlights the need to seriously consider taking out Bad Weather Cancellation Cover for all shoots regardless of where they are in the Country. Many teams understand the need to cover their grouse days against cancellation, but hopefully more will have learnt that thick fog or indeed blanket snow can cause trouble in the middle of Hampshire just as easily as it can in the West Country or in North Yorkshire.  William Powell Sporting only experienced a couple of cancelled days and luckily cover was in place for these, but we would urge everyone to really think hard about taking out Bad Weather Cancellation Cover next season.

The run up to Christmas was a particularly busy one for our team at William Powell Sporting, and it was great to see so many family shoots with fathers and sons (as well as mothers and daughters), making up teams and enjoying shooting together once the holidays started.

The final few weeks in January saw the arrival of yet more snow and further problems putting on Shoots, but overall and almost without exception, all those shoots which William Powell Sporting organise, had decent quantities of birds left right up until the end of the season. This enabled us to ensure that our clients were not worrying about the numbers of birds, but instead could concentrate on enjoying a great day out with their friends and family.

This was summed up by the afternoon drive of our final let day of the season at the very end of January, producing over 100 birds much to the delight of the guests (and Agent).  The Keeper claimed to have known how well the drive was going to go all along, but even he produced a wry smile!

The 2017/2018 season was yet another fantastic year for all of those clients and their guests who booked shooting with us.  We hope to see you all next season! 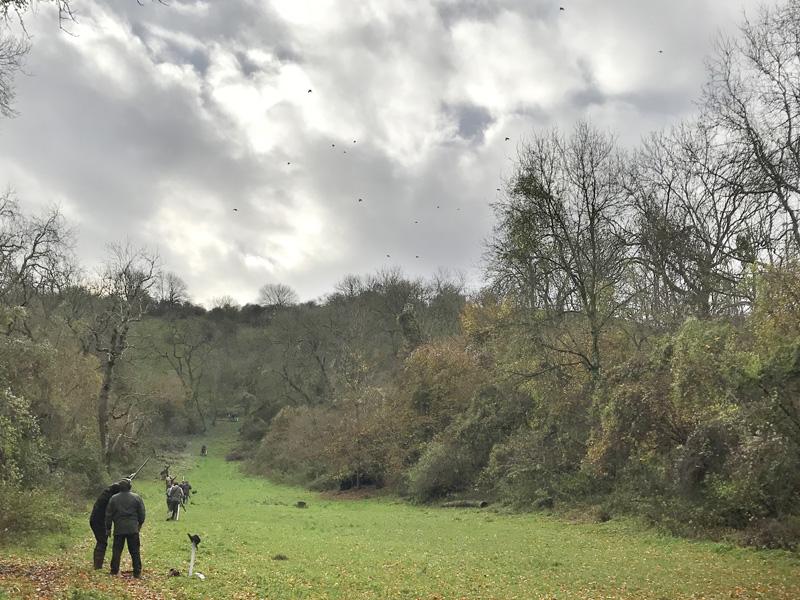