Is there a Future for Scottish Grouse Moors?

You do not need me to tell you that for those involved in Scottish Grouse Moors, recent times have been very worrying. Firstly, Professor Werritty’s Committee was set up by the Scottish Government to look into a number of issues relating to Grouse shooting and then following the publication of that report in December 2019, there was an announcement by the Rural Affairs Minister Mairi Gougeon on November 26th, that the Scottish Government had decided to introduce Licensing for “driven grouse businesses”. The fact that this announcement was just before the virtual SNP Conference, was rather too coincidental to believe that the matter was entirely fact or logic driven.

The Scottish Grouse Moor world had hoped / believed that they would have three to five years to further prove their worth and the high standards which they already operate under to the Scottish Government, prior to any Licensing being brought in.  This is what the Werritty Committee recommended. Alas this is not to be, and we now face even more interesting times. However, it is not at all clear that the Scottish Government really understand what it is that they are wanting to do and how they will actually go about doing it. The Minister can announce one thing, but as NatureScot (the former SNH) has not yet determined either what will constitute a driven grouse business, nor the details of any Licensing, there is a considerable amount of uncertainty, not only as to what Estates/Moors will be affected but also what the actual effects will be. It is difficult not to come to the conclusion that this is pretty well entirely Politically motivated, by a very small number of determined individuals and organisations, which for an interesting mix of reasons, including envy, anti-English/Foreign land ownership, as well as the pursuit of a green/anti-shooting agenda, believe that Scottish Grouse Moors are a force for bad rather than as with most things in life, a rather mixed bag, with some exceptional examples of what Grouse Moor Estates bring to their community and the wider environment.  Overall, whilst accepting that not everything has always been as good as it could have been, there is an awful lot more of benefit to the Scottish Countryside by having a vibrant Grouse “industry” than not. The sheer scale of the investment by the owners in those Estates is astonishing and at a time when all Governments are going to be under increasing financial pressure, it seems bonkers (to all but an SNP or Green Politician), to make further investment by these owners less attractive. Who else is going to replace it and does the average urban based Scottish Taxpayer want to be providing additional “support” to the rural economy?  That seems very unlikely.

However, given the overall high to very high standards which Scottish Grouse Moors now operate under (which has been developed over the past 10 years or so), and the fact that they have had to comply with previous Scottish Government legislation which includes Vicarious Liability, there is probably not anything like as much to fear as the SNP Minister’s announcement might have first caused, but the Minister’s words that well run Moors have nothing to fear from this Licensing system, might offer cold comfort coming from a Political party which in recent years has done little to endear itself to the Fieldsports Community in Scotland.

In any “business” environment, uncertainty causes problems, including deterring investment. Given that nowadays very few Politicians run any businesses, perhaps it makes it easier to understand the disconnect, but the complete absence of an ability to look holistically at the sector and what might be serious alternative land uses, which themselves do not usually have adverse implications, is worrying and perhaps only goes to illustrate the very short-term nature of how politicians look at problems. There has been no detail provided by the Government as to what in the event of a cessation of active Grouse Moor Management, would be the alternatives.  Only a year or two ago, there was much enthusiasm for rewilding but there now seems in some thoughtful corners, to be a rethink on this, given the lack of any significant income generation or employment opportunities, particularly when compared to what it would replace. The same with forestry; now all the rage in Scotland, but with some serious conservation consequences and not likely to be at all feasible on a widespread basis in the National Parks.

It seems that about 10% of Scotland’s heather Moorland are what we might call “Grouse businesses” (an estimated 120 Moors in total), but so far there has been no definition by the Government as to what might constitute an entity which would require Licencing; whilst some driven Moors are perhaps easily identifiable, some less often driven, may not be. How often do they have to be driven (or not driven), to be deemed as such? Does a “driven Grouse Business” have to have a full time Keeper etc., etc.? It would seem absolutely bizarre that a Grouse Moor which tries to drive if and when Grouse numbers build to a certain level would require to be Licenced, even if they have not shot any Grouse for two or three years, but a Moor next door which walks up each and every year and may drive occasionally does not. It will be very interesting to see what the Government deems to qualify for this new Licencing regime.

Looking at the component parts of the (now departed) Minister’s announcement;

Hares – We know that separate to the above, we will need to apply for a Licence to cull mountain hares. NatureScot have confirmed that they will issue Licences where there is a need for culling to occur, but only for habitat protection. Presumably, this will primarily be for forestry, but for now Licences will not be issued for disease control (tick and louping-ill). However, there is a chance that this will change when and if more evidence is forthcoming, which the GWCT are leading on, supported by BASC and the Moorland Groups.

Raptors – Prior to the Minister’s announcement, Moors were being encouraged to carry out detailed counts of raptors in and around their Estate, recording siting and generally trying to build up evidence that Grouse Moors are not the raptor deserts which our opponents like to portray.

Given what has now occurred, we might question whether there is much point in collating this evidence, which because it comes from the Estate itself, may well be dismissed by our opponents.  We also wonder how relevant such information will be in assisting a Moor getting a Licence?  The Jury seems to be out on this.  However, the GWCT are very keen that we continue to build up this database of evidence.  They believe that it will be important to have this in order to try and convince NatureScot that each Moor should have the Licence that they need to operate under.  However, we are not yet convinced that such evidence which will not inevitably be seen as partisan and as a result, will make much of an impression with NatureScot or indeed anyone else, if they have a mind to not issue a Licence for the Grouse Moor Operator.  No doubt we will get a better picture in the months to come of the pros and cons of this.

Muirburn – We had already recommended to those Estate’s in Scotland where we are involved, that they prepare a holistic Muirburn Management Plan, identifying areas that can and cannot be burned and superimposing on that plan recent fires, so that if asked by SNH, the Estate can be seen to take its planning and recording of Muirburning extremely seriously.  We have already completed the first two of these plans and believe that the Minister’s announcement has not changed the need for them. Indeed, we strongly recommend this approach as the Minister has said that further regulation is deemed to be required and as a result, Muirburn will only be permitted under Licence. There will also be a ban on burning on deep peat (and it is possible the 50cm depth will be relooked at), which will have a mass of unintended consequences for Moorland occupiers, including Farmers and Crofters. We foresee this becoming a big issue, with much natural tree and shrub regeneration occurring and an increased risk of tick and louping ill, plus thousands of acres of degenerate heather of little use to anyone and not necessarily of much conservation benefit either. It will also be very interesting if anyone in power properly addresses the increased wildfire risk – but if England is anything to go by, do not hold your breath!

Medicated Grit – This can be used going forward but only when Best Practice is adhered to and the Government have said that they will work with stakeholders to produce this document.

In Addition – The Government will amend legislation to strengthen the use and monitoring of traps.  We do not know as yet what this actually means but given that the new spring traps can only be used within strict prescriptions, this addition seems rather unnecessary. Cage and Larsen traps are already highly regulated and subject to VL and snaring has its own very specific legal requirements. It is therefore difficult to not feel that this part of the Minister’s announcement was anything more than playing to the crowds.

Despite the announcement and all else that is happening in the Scottish Grouse Moor world, we are (perhaps rather surprisingly!), optimistic for the future. What occurs on Moors which are used for Grouse Shooting in Scotland (and the North of England), is overall of significant benefit to the habitat, the environment and the local and wider community and we think to most dispassionate observers, is probably a rather better option than any of the alternatives. We are certain that these “driven grouse businesses” (whatever that might mean), will adapt and will continue to provide jobs, opportunities and income for local people and investment in local economies, which otherwise would be very hard to replace (Eco-tourism on any scale is definitely not for the faint-hearted), and will give much pleasure to very many shooting people when they visit.

So our conclusion is that yes, yet again, we have additional hurdles to get over, but that much of the detail has yet to be agreed and we need through all of our organisations, to be really effectively lobbying and persuading what is now required, but that this recent announcement is not a body blow and like much of what has gone before, we can and will work with it, to ensure the management of Moors for grouse shooting survives and indeed thrives in Scotland going forwards. 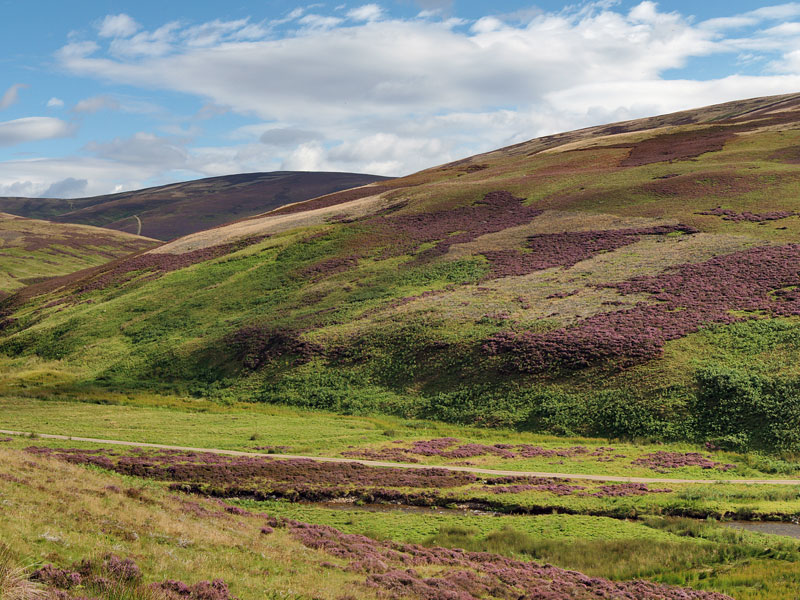