Many people will be aware of how devastating Heather Beetle attacks have been this year but no one would have guessed what would be dining on them!

Many people will be aware of how devastating Heather Beetle attacks have been this year on heather moorland throughout the north of England and Scotland.  On an unprecedented scale, heather plants have been killed by the Heather Beetle (Lochmaea Suturalis) from the Peak District to the Scottish Highlands.

On certain Moors, hundreds of acres of purple flowering heather have been reduced to dead orange plants.  Not that much is known about the Heather Beetle, but in recent years its attacks have become much more common, with the consequential loss of an awful lot of beautiful and vibrant heather moorland.

However, on one Moor in North Yorkshire where we are involved, we have seen significantly more pheasants out on the open hill this Autumn/early Winter, and even more strangely, they have been appearing to feed on the dead heather killed by the beetle.  When we drove some off and shot them, we discovered in their crop, that they had been eating the Heather Beetle!

This is probably a fairly inefficient way of getting rid of the Heather Beetle, but any reduction in their number is to be firmly welcomed! 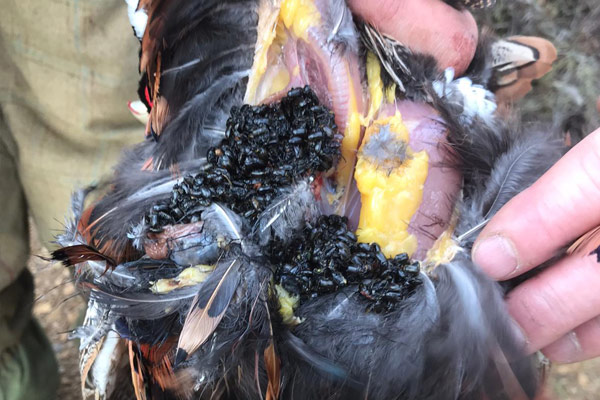 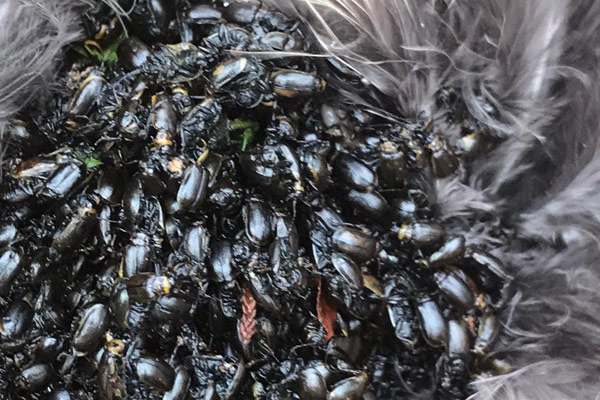