How are the Grouse chicks fairing?

The first few weeks of a Grouse chicks’ life are the most critical, find out how the weather can make such a difference

The first few weeks of a Grouse chicks’ life are the most critical, and it is at that time that the Moorland Keeper prays for warm weather, with occasional showers. The type of weather that he or she dreads most are prolonged periods of heavy rain.

Given that the peak hatching date (on average) is believed to be around May the 21st, the most sensitive period of time for this hoped for benign weather, is roughly between May the 10th and June the 25th.  The reason for such a long period of time when clement weather is required, is not only because of the spread out hatching date, but also and perhaps even more importantly, because whilst very young Grouse chicks can shelter under their Mother and that way stay out of the worst of the weather, once the chicks develop into Poults and get bigger, they can’t all do this; there just isn’t enough space. The end result is that after heavy rain and particularly with low temperatures, the ‘outside’ (literally) chicks get chilled and die.

The current period of prolonged heavy rain and at high elevation, quite low temperatures, is not looking at all good for young Grouse chicks. At the moment, we seem to think that the Eastern Moors are doing better as the rainfall has generally been much less there, but those Moors on the West and in the North of Scotland, are definitely suffering. Whilst it is far too early to say how this is going to affect Grouse numbers come August, it does look as though some broods (and you can’t at this stage get much of an exact assessment), are already showing signs of losses; in some cases quite severe.

The next 10 days are critical, but with the forecast not showing much of an upturn until into next week, most Grouse Keepers are currently very nervous indeed! We can do no more than pray. 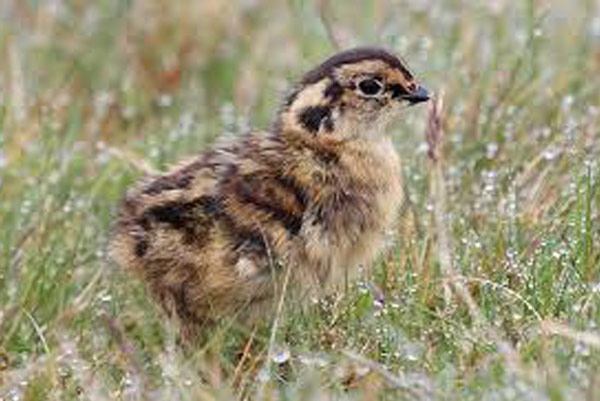