Well the season is now well over, sadly with some stunning snowy weather right at the very end.  We could have done with the hard weather well before, as this has been a particularly difficult season for many Shoots holding birds.  There seems to have been much more straying this year than normal, not helped by a significant amount of wild food available and very little cold weather for much of the winter, which meant that pheasants and partridges, weren’t always willing to stay close to home.

The Partridge Season was eagerly anticipated this year, because of the generally poor Grouse.  With many Moors cancelling days if not their complete programme, there were very few late season Grouse days and many Guns who normally take Grouse shooting, instead had to wait until the Partridges started on September 1st for their shooting to begin.

Despite more disease than usual this year in reared birds (and this is undoubtedly becoming an increasing problem which we all need to think about), the Partridges generally got off to an exceptional start.  We were surprised but delighted with in the main, how well game crops had grown, despite the incredibly dry summer.  There were problems with some game crops particularly on poorer soils (and that is the irony of game crops as they are usually planted on higher elevation slopes which generally have less soil depth), but in the main, our game crops performed well, no doubt helped by the profusion of maize which is remarkably resilient.  Brassicas (kale etc.), tended to suffer more, but there are few pure kale cover crops now.  The new varieties of mixed cover crops again proved pretty resilient and people like Oakbank have done a great job in developing these mixes, with a range which are suitable for almost all locations.  Some of our Shoots are in the North of England or even in the Highlands, where we are growing game crops at serious elevations and yet with these mixes, very few do not do the job.

Demand for Partridge shooting was extremely good (almost certainly as a consequence of the lack of Grouse), and this then led on to the Pheasant Season.  We do not think that this could be regarded as a classic Pheasant Season, largely because of many Shoots suffering from Pheasants all over the place but not enough in the drives!  This proved very challenging and quite a number of Shoots failed to either complete their full programme or meet bag expectations. This problem is compounded by Shoots wanting to let bigger days later in the season, which puts an awful lot of pressure on the keepers, and sometimes (like this year), can invite disaster.

Despite the generally very mild winter and a lot of unhelpful sun, 2019 was we think overall a good, but not great season (beware those who say otherwise!).

We are making plans for the coming season (amazingly it starts in only six months’ time!) and as always, we really urge clients to book early.  This is not just the old mantra “to avoid disappointment”, but to make sure you get what you want, when you want it and most importantly (and as this season has again and again shown), whilst there are hundreds and hundreds of Shoots out there, there are only a relatively small number which consistently deliver results, every time.  We are an unusual firm of Agents, because of our active involvement in quite a large number of sporting properties, which does enable us to have a much greater level of input and control, than almost any other Sporting Agency. We both manage and consult to Shoots literally all over the country.

Because of the economics of Game Shooting, the state of the world economy, Brexit, the threat of Corbyn etc., we seem to be seeing the start of a realignment, which we personally think is going to continue and which may see quite a lot of Shoots cease trading over the next year or two.  Like the high street (which William Powell are rather familiar with!), we have already seen quite a number of Shoots fold, including those Operators who have literally run out of money (often because they have run out of birds!), or because the Estates cannot make a return on the investment, to justify running an in-hand Shoot.  Running Game Shoots has never been a particularly profitable business venture, with the exception of large-scale commercial operators with an integrated business model.  We suspect that pressures on prices and possible increased costs in the pipeline, with no return from Dead Game sales, will see more Shoot Operators restructure or close down.

The key as always, is to use high quality Shoots, with Management who really know what they are doing and deliver.  We think our Sporting business after over 30 years of trading, knows the good and the bad!

We have probably never had as much coverage of Game Shooting in the non-Shooting Press as now.  Whether this is Dead Game sales, the burying of Game, Raptor Persecution, Lead Shot, “excessive” number of birds being released, you name it, we seem to have got it.

Realistically, this is not going to go away, and in an increasingly urbanised world, we are going to have to live and deal with it.  Keeping our heads below the parapet and hoping it will all go away is hopeless and will only lead to many more problems and no solution.

William Powell Sporting has been actively involved in the last few years in producing evidence for the Werritty Committee in Scotland, which was set up by the Scottish Government to look into Driven Grouse Shooting.  That report is due to be published this spring and will have a significant effect (good or bad!) on Grouse Moor Management and Grouse Shooting in Scotland.

Similarly, William Powell Sporting was at the forefront in the establishment of the Sporting Agents’ Committee, which led to the formation of the British Game Alliance, and what a tremendous job under Tom Adams’ leadership, the BGA has done.  The BGA was never going to be the panacea to all our dead Game problems, but without it, we would be in a much much worse position.  The BGA team have done a fantastic job, and everyone who shoots Game, should be members and active supporters. If we do not get a real grip on Dead Game sales and make sure that all Dead Game goes into the human food chain, then we leave ourselves open to criticism which will lead to restrictions on what we can do.

Finally, we are absolutely delighted that Tom Tyrwhitt-Drake and his family have won their Court Case at Bereleigh over alleged noise issues.  They have had a torrid time defending their rights and we are very pleased that our sister company, JM Osborne & Co., were part of their Defence Team.

We are very much looking forward to helping you find the day or days of your choice next season. 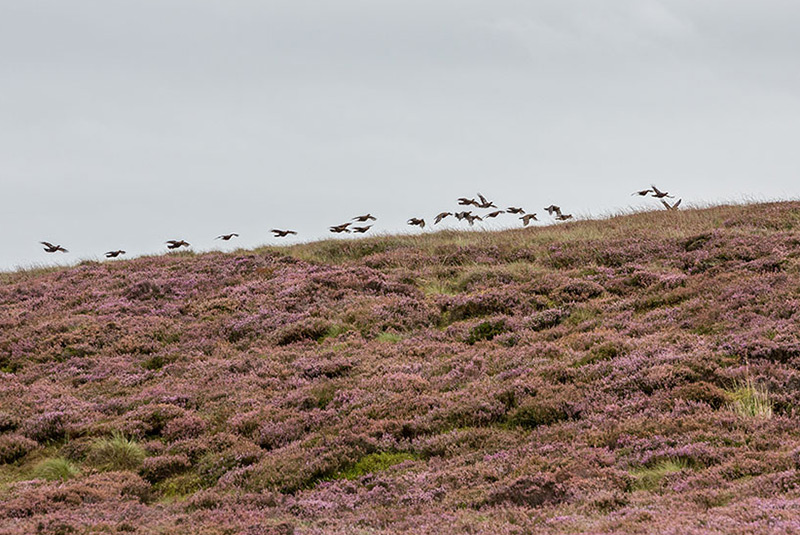 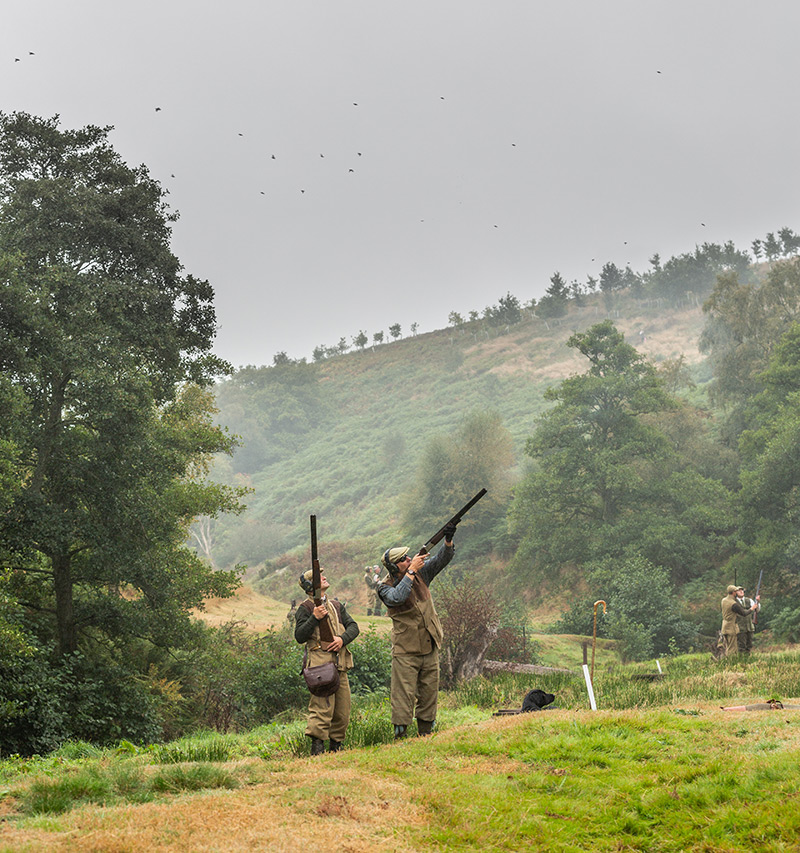 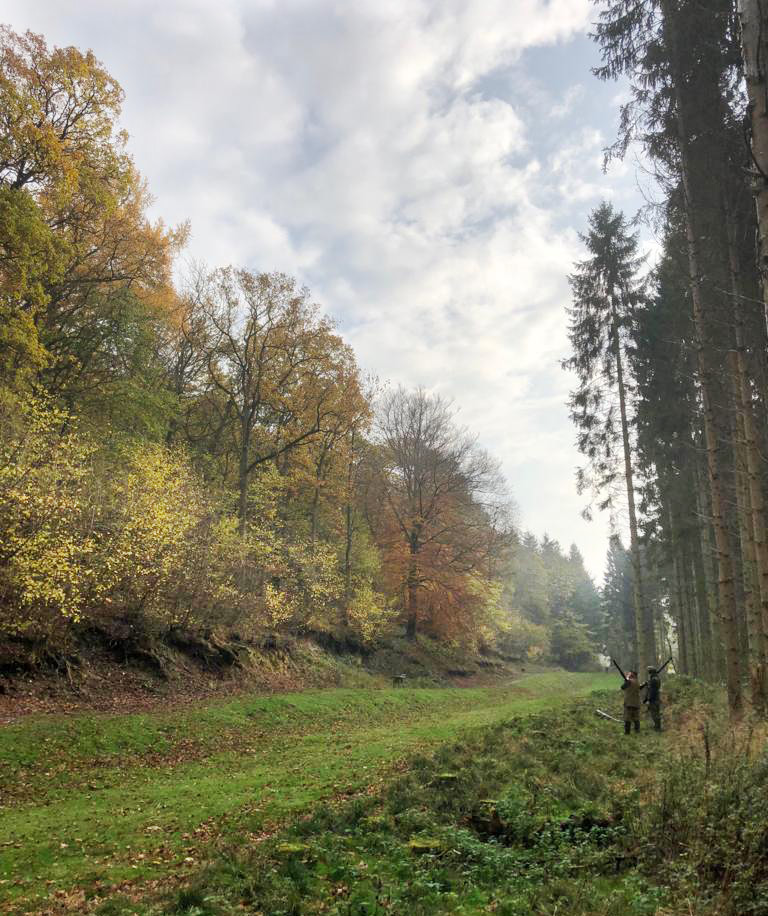 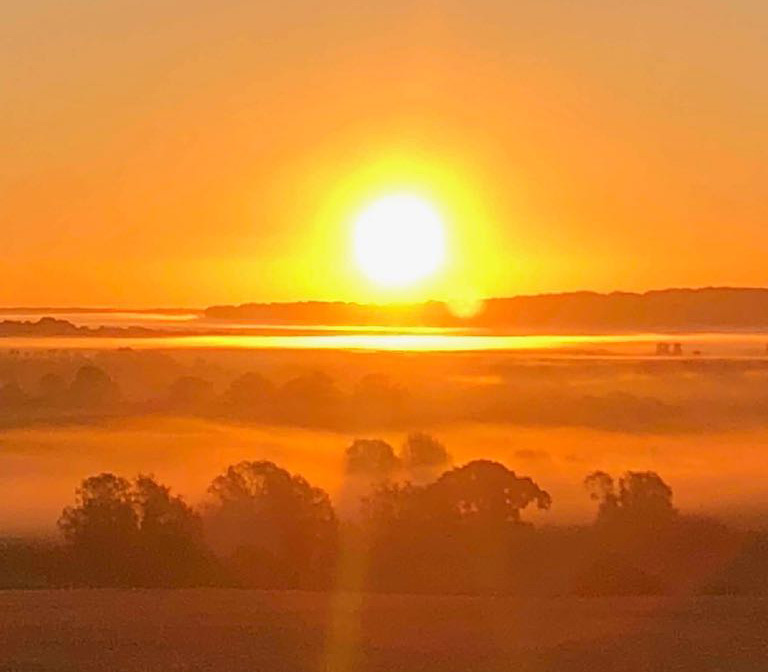