It is the time of year again, when we gaze into our crystal ball and try and predict how the Grouse are going to be this coming season.  Never an easy task!

Pretty well everyone connected with running Grouse Moors was very excited in the spring, not only with their spring counts (most counts were up on last year) but also with the very benign weather over the key hatching weeks we experienced in May and early June.  However, that earlier optimism has undoubtedly faded and in some areas has now completely crashed!  We have good experience of what is happening on the Moors on a day by day basis, because of the involvement of our Sporting Land Management Company, JM Osborne & Co., in a wide range of Moorland Management from the Peak District up to the Scottish Highlands. Over the past couple of months we have become a good deal less optimistic than most, as to how the Grouse were actually faring.

The 2017/18 winter was by recent standards, a hard one in almost all Upland areas.  There was a good deal of snow, but what was particularly noticeable, was not only the very cold temperatures, but also how long the winter went on for.  This had a very bad effect on hill sheep, with many mortalities (we are aware of over 400 on one South of Scotland Moor) and even where this did not occur, there was still a very poor lambing performance.  Hill sheep did not enjoy last winter and it is important to remember that Red Grouse whilst being a sub-Arctic bird, are equally susceptible as hill sheep, to the effects of long hard winters.

As with any other animal, the key to breeding success is heavily dependent on the quality of food intake as well as the weather at hatching time.  In late April/early May, the heather on Moors in both the North of England and Scotland was looking awful.  There was no green spring re-growth anywhere until almost the end of May (or in some places early June), and this meant that hen Grouse were eating really poor quality food, at a time when they needed to be boosting their feed intake.  We think that this had a material effect on both the quantity of eggs laid and the fertility of those eggs.  This is what caused the small brood sizes seen after hatching and despite the then very good weather. Feeding high quality food is exactly what any Farmer would do, if he/she wanted to optimise performance.

In addition, the dry weather started early and this had a massive effect on the supply of insects; so important to Grouse chicks in the first week or so of their lives.  Without the protein available from these insects, the chicks really struggled to get a good start. Where there was a good insect supply, the young Grouse have done markedly better. It is interesting that some of the early broods have done much much better than later ones.

Then to compound this, the continuing hot dry weather has made many Moors incredibly arid. This inevitably puts Grouse chicks under stress and has concentrated brood after brood in areas where they can find some moisture.  This means that too many Grouse are drinking from the same water source, which when there is even a modest amount of disease (such as Coccidiosis), merely amplifies the problem and infects many more of the young birds. We believe that in many areas the young Grouse have not been very resilient, because of the poor start they have had, and hence have become very susceptible both to disease but also to the effects of the drought.

As is often the case, we do not believe that what has happened this year in terms of Grouse numbers is down to a single cause.  It is the compounded effect of a number of causes, but the end result is that this is not going to be a great Grouse Season pretty well anywhere and in some areas, it is going to be very poor indeed.  Our feeling back in May was that high wet Moors over deep peat, which had seen phenomenal numbers of Grouse over the last couple of years, would suffer most.  This does still seem to be the case (albeit with maybe a very few exceptions), but the problem has spread beyond these particular Moors.  From almost every Grouse area, we are getting reports of very poor chick survival and as a result, poor brood sizes and with a predominance of old Grouse.  Indeed some Moors are reporting large coveys/old packs of old Grouse, which is a sign of them having lost all of their chicks.

However, it is not all unremitting doom.  Whilst the Peak District does not look great, there are undoubtedly some Moors there which will have a reasonable smattering of Grouse.  Parts of the North Yorks Moors look very good, but there is considerable variation even over the same Moors.  We are involved in one Moor in that area, which varies from not great, through quite good, to very good and in a couple of places, fantastic – all on one albeit quite large Moor!  It is difficult to accurately explain this sort of variation over a relatively small acreage.  Working North, we think that the Eastern Moors in the main will probably fare better than the Western ones.  There are few signs of real optimism amongst the Western Moors including the West Pennines, Trough of Bowland etc.  There is however, good variation in parts of North Yorkshire, with a few Moors still feeling quite optimistic, but the majority are feeling rather gloomy.

Scotland is even more of a mixed bag; although one Moor in the Lammermuirs was optimistic until only very recently, we think the whole of this area is going to be poor to very poor. Perthshire seems to be a very mixed affair, but where there have been lots of Grouse.  Recently, there does not seem to be many this year.  Inverness-shire/Morayshire is definitely not great, with lots of cancellations coming through and the same in Inverness-shire, but there is still some optimism in parts of Angus and Aberdeenshire.  However, as in England it does seem to be very localised where there are pockets of good Grouse numbers but in the main, few Scottish Moors are that optimistic.

It is still too early to really know what most Moors have, and the very hot weather and with a lot of very young Grouse (for what reason?) being seen, keepers are very wary about starting their counting. Because of this we expect most counting to be delayed this year, which makes it even harder to predict with any accuracy what is present on the Moors.

Overall we think that there will be lots of cancellations, very little October shooting and that it will probably be worse in the West compared to the East, but with some exceptions. We also think that lower lying Moors will generally fare better than their high lying counterparts, but again we know of some Moors were their high ground currently looks better. Where there were a lot of Grouse over the last 2 years, bags will probably not be great and on some Moors, there will be absolutely no shooting this year and overall we feel that brood sizes will be smaller than normal. As a result, 2018 will definitely not be a vintage Grouse year and it could indeed be pretty quiet, but surely it will be better to be out on the Moors enjoying a modest day, than not being out at all! 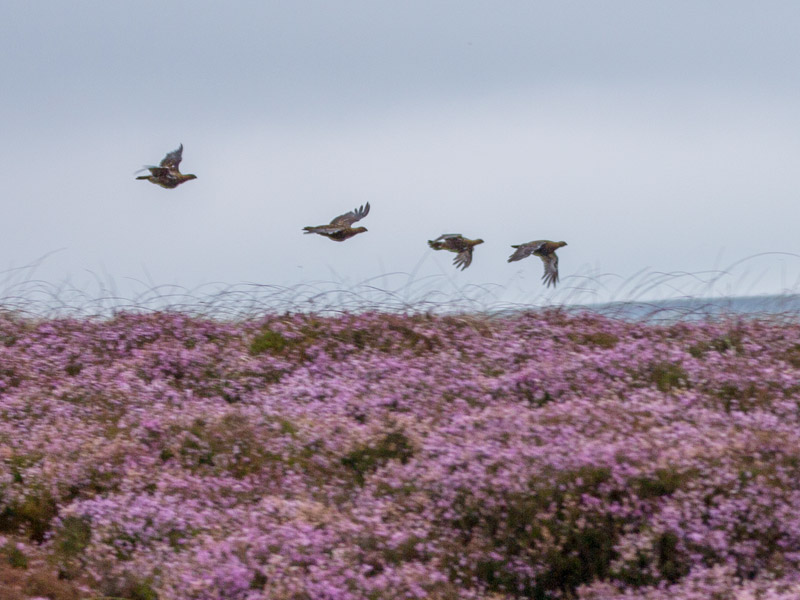 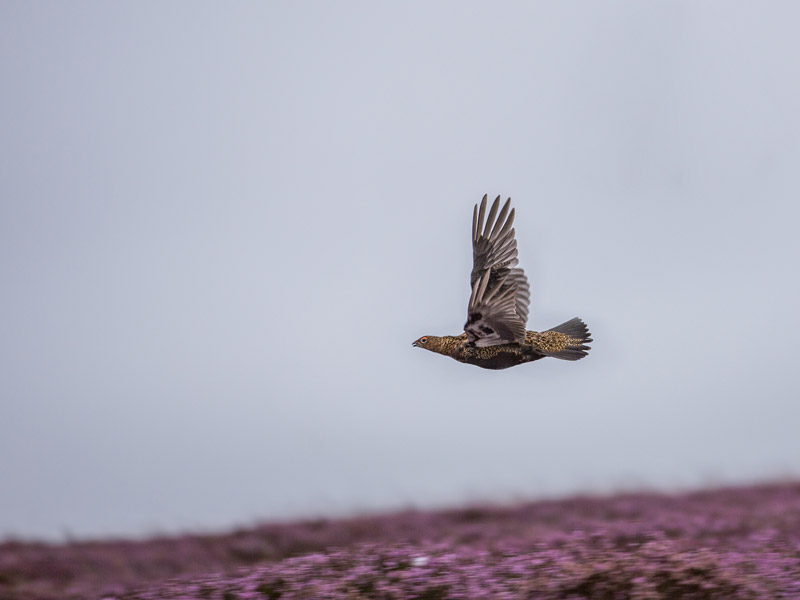